EP 56: Life As An Advocate And Single Dad To Three Autistic Sons

by The Special Needs Companies | 0 comments 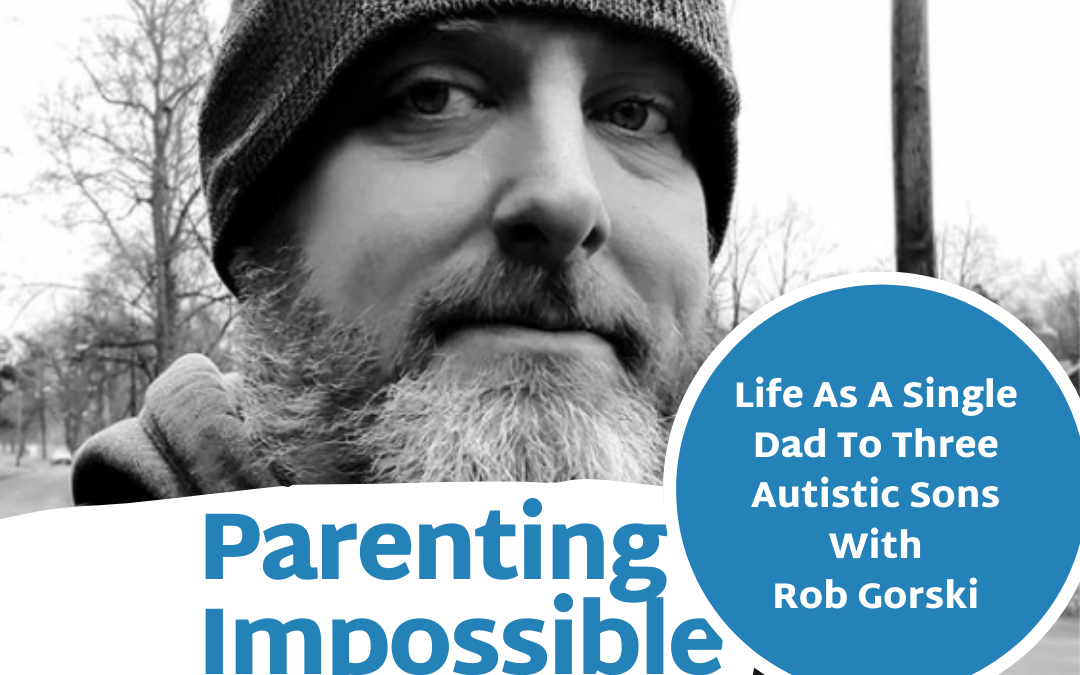 In our Father’s Day edition of Parenting Impossible, The Autism Dad Rob Gorski and Annette discuss what it’s like being a single Dad to three sons with autism and a well-known voice in the special needs community.

Rob’s journey started when his son Gavin, now 20, was diagnosed with autism. Not knowing how to cope with the diagnosis, Rob started what he calls a “virtual diary” in 2010. This “virtual diary” or blog was a way to write what he was feeling, but he didn’t really know how it worked or that people could find what he was sharing online. Every time he published a new article, it was a way of releasing his raw emotions and moving forward. According to Rob, his blogging began to evolve when he realized not only were his words helping himself but also others in similar situations.

During Annette and Rob’s discussion, they address their thoughts about why Mothers tend to be more vocal in the special needs community. In fact, this episode is the first time Annette has interviewed a father of a special needs child. The Autism Dad also expresses why he’s so passionate about sharing his journey with his sons. “The only way the world is going to understand what our kids need is by telling people. If we don’t talk about it, there are only a few voices speaking for everyone.”

Later in the podcast, the pair discuss a number of obstacles Rob has faced while raising his sons including divorce, fear, and facing his own mortality. “I realized someday I’m not going to be here to help,” says Rob. “You go through a grieving process. You have your whole life planned out and all of sudden you’re going through the unknown and don’t know what to expect.”

Annette Hines has been practicing in the areas of Special Needs, Elder Law, and Estate Planning for more than 20 years. Ms. Hines brings personal experience with special needs to her practice and podcasts as the mother of two daughters, one of whom passed away from Mitochondrial disease in November 2013. This deep personal understanding of special needs fuels her passion for quality special needs planning and drives her dedication to help others within the special needs community.