Episode 77: How to Use Your Voice for Good 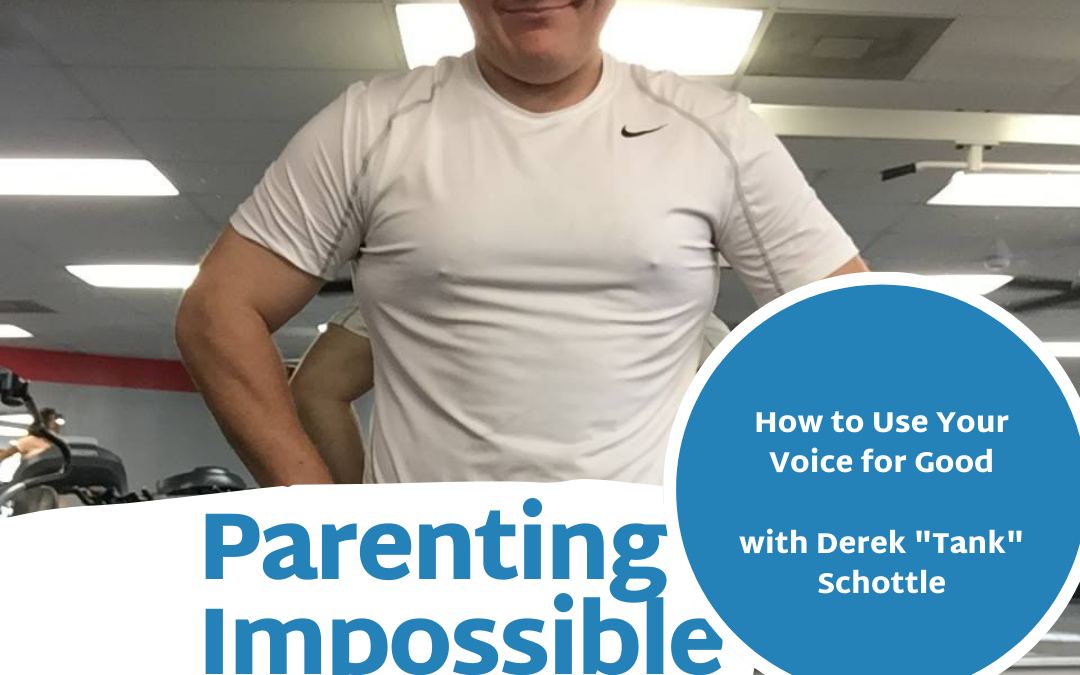 Derek “Tank” Schottle, a Special Olympian with Autism from Sugar Land, Texas, joined Parenting Impossible to share his experience with sports and inspiring other people with disabilities through social media. Tank joined the Special Olympics in 2001, and plays seven sports: softball, basketball, volleyball, track, bocce, golf, and soccer.  Annette has been following Tank on Twitter and was inspired by his positive messages—he is known best for his inspiring message about the Special Olympics and what it means to him.

Tank’s inspiring messages were not limited to the subject of the Special Olympics. Growing up, he experienced a lot of ups and downs and thankfully had a supportive family to help him along the way. Tank tweets messages of encouragement frequently and shares what’s in his heart for others. His advice to younger people with disabilities is to never give up on yourself or to change for anyone else. He believes that you should not let your disability define you, and encourages others to keep fighting for their dreams and to use their voices for good.

Tank also received The Don Rodman Profile in Compassion and Courage Award from the S.E.A.L. Foundation in Massachusetts in 2019. In his acceptance speech, he shared that most people did not have high expectations for him growing up, but he saw himself as achieving more than just his role as a greeter at Walmart. His devotion to and passion for sports has allowed him to succeed as a Special Olympian as well.

Annette Hines has been practicing in the areas of Special Needs, Elder Law, and Estate Planning for more than 20 years. Ms. Hines brings personal experience with special needs to her practice and podcasts as the mother of two daughters, one of whom passed away from Mitochondrial disease in November 2013. This deep, personal understanding of special needs fuels her passion for quality special needs planning and drives her dedication to help others within the special needs community.