When You’re the Patient and the Parent

by The Special Needs Companies 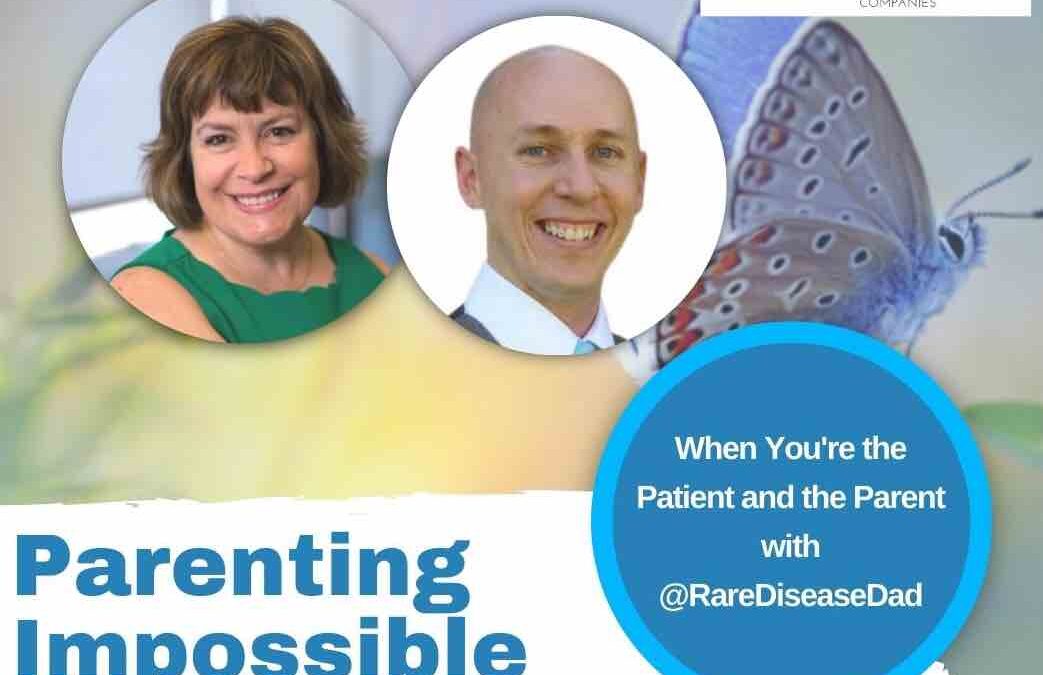 @RareDiseaseDad and DadVocate are the monikers for Adam Johnson who is now a rare disease patient advocate who hosts a series on MitoAction’s Energy In Action podcast called Parents As Rare that features stories of others like him who are affected by rare diseases. Host Annette Hines and Johnson discuss a range of topics relating to the struggle that he faced when his symptoms started emerging at age 35 when he was in the prime of his education career and family life as a husband and dad.  Formally a teacher and coach, Johnson had been traveling for a private company training educators when his symptoms started.  Even though he pushed through the difficulties, he reached a point when he could no longer ignore the physical toll, and he started traveling to doctors and specialists to figure out what was wrong. “The diagnostic odyssey was brutal,” he told Hines.  Some specialists told him that his experiences were all in his head and to just get over it. Nevertheless, Johnson pushed through to find a diagnosis, which he said came fairly quickly after 10 months for someone with mitochondrial disease.  Hines’ daughter, Elizabeth, who passed away in 2013 suffered from the same disease, which Hines shares in a three-part series on the podcast called: Telling Her Story with Annette Hines.

Grief Over What Was and Could Have Been

Although grief over losing or not having the life you expected is common amongst the disability community, most people don’t understand the grief process and many believe that grief only comes with death. Yet, Johnson describes well the various areas of grief he experiences as a result of his disease. Johnson notes that for him the grieving aspect of managing life with a chronic illness is multifaceted. He grieves 1) the life he thought he might have, which is now altered from what he anticipated, 2) the life he had before his illness emerged, and 3) the life he had at the time when he was diagnosed, which he was really happy with.  It’s perfectly natural and okay to grieve these parts of life. Grieve ebbs and flows in strength and calm throughout one’s journey with special needs.

A Mind and Career Shift

Although advocacy or rare disease were not in the realm of possibility for him before his diagnosis, today Johnson’s advocacy and voice related to how parents with rare diseases manage their diagnosis, lives, and grief unite others in the disability world. Like Hines, Johnson creates and finds community in his advocacy work with Mito Action. Now his daughter is helping with fundraising for Mito through Another Helping, which she created as an 11-year-old last year.

You can learn more about DadVocate Adam Johnson on his website: https://rarediseasedad.com