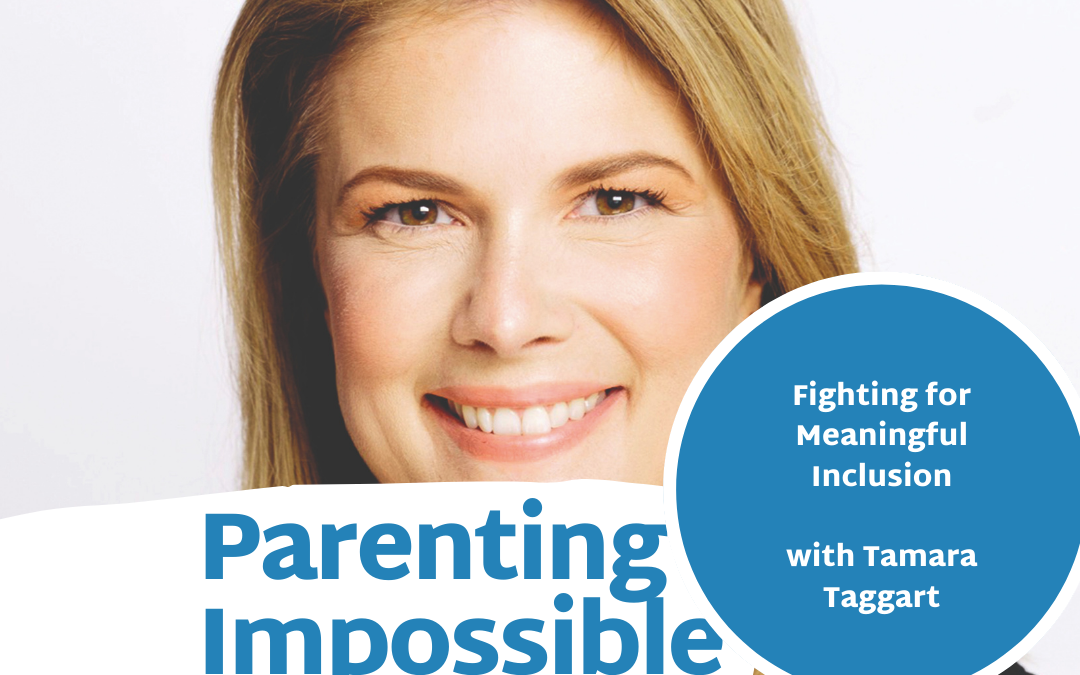 Mom, podcast host and self-proclaimed loudmouth, Tamara Taggart, joined Parenting Impossible with host Annette Hines to talk about society’s perceptions of people with disabilities, specifically those of people with Down Syndrome. Tamara’s son, Beckett, was born with Down Syndrome, but the doctors did not diagnose him immediately. When they did, his disability was presented to her as bad news.

After receiving her son’s diagnosis, instead of accepting the doctors’ negative mindset about it, Tamara became a “loudmouth” advocate and “captain of her son’s team.” She sent out an email to friends and family to announce the birth of a beautiful and healthy baby. When a baby is born, Tamara says, you’re supposed to say “congratulations,” not “I’m sorry.”

In her experiences over the last 13 years with Beckett, Tamara has found that the way people speak about Down Syndrome and the way they segregate those people with disabilities has stood in the way of Beckett reaching his full potential. Early on, a geneticist told Tamara that Beckett “is who he is,” implying that his potential was limited and set in stone. To Tamara, Beckett is a normal person, just with an extra chromosome.

While Beckett’s life skills teachers and specialists are amazing, Tamara believes that to have true, meaningful inclusion, we need to ask individuals with disabilities what they want to do or accomplish. According to Tamara, society may think that it knows a lot about Down Syndrome, but every person is unique.

Annette had a similar experience with her daughter, Elizabeth. During an appointment with a neurologist early in Elizabeth’s life, he likened Elizabeth’s brain to “swiss cheese.” For a young mom watching her child fight for her life, those words cut deep, similar to how Tamara felt hearing the words Beckett’s doctors used to describe his condition.

Tamara’s advice to parents in the disability community is to speak up, even if your voice shakes, and to remember that you are the “captain” of your family’s team. You have the power to advocate for your child, and you will regret it if you do not stand up for yourself or your child.

In March, TELUS approached Tamara and asked her to host a podcast, and she recorded her first episode of TELUS Talks with Tamara Taggart that afternoon. She loves being a host because she loves talking to real people who have important stories to tell who and are making a difference.

You can learn more about Tamara on her website and connect with her on Facebook,  Twitter and Instagram. Join Annette’s Facebook Group, “Circle of Care” to be a part of a group of parents sharing encouragement and resources for children with disabilities.

Annette Hines has been practicing in the areas of Special Needs, Elder Law, and Estate Planning for more than 20 years. Ms. Hines brings personal experience with special needs to her practice and podcasts as the mother of two daughters, one of whom passed away from Mitochondrial disease in November 2013. This deep, personal understanding of special needs fuels her passion for quality special needs planning and drives her dedication to help others within the special needs community.